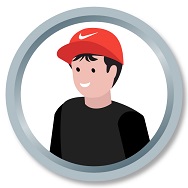 Hi. My name is Youngsun Eo . I'm a developer with C ++ / JAVA experience. OK soft is a one-man smartphone utility. There is no CEO, no CTO, no development team or office, and all Android utilities are made by myself. OK soft adds smartphone tool apps, fixes bugs, and responds to bugs every time.


In April 2017, I created my first Android Flashlight app on a laptop I bought in 2009 and posted it to the store with a total of less than 10 downloads.
After that, I created a date alarm and it was so slow that the laptop took 5 minutes to build once, so I bought a cheap desktop computer and developed a date seconds widget app. In 2018, both apps exceeded 10,000 downloads for the first time.

On September 27, 2018, I released the always visible volume button app.
The app recorded 50,000 downloads in September 2019.
In October 2019, the app was selected as the Google Play Academy Hero. 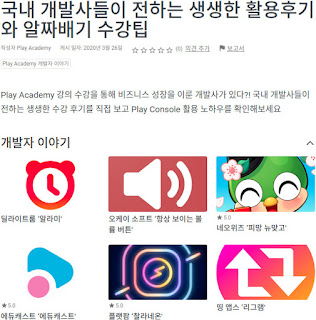 In December 2019, I replaced an old mouse that suffered from poor clicks. And I replaced my old keyboard with an award winning keyboard at the Google Play Academy Hero event. This makes the development environment much better.

I have released a total of 50 apps, and I have hidden some 20 apps that are under 100 downloads.

In the future, I will increase the quality of the app, such as the AR-related tool app, or increase the scope of development such as ios or web app.
Or I will continue to develop simple apps as I've been doing now.

There is already an app similar to OkSoft's apps. But it also has its advantages over other apps.

-100% safe for security Because I make everything, I never collect or misuse your personal information. App information in the Play Store also contains a link to the Google Privacy Policy.

-You can expect more than 80% quality because the developer even tests. Even if a bug occurs, it's quick to fix because I've made it myself.

-All apps will continue to be managed and upgraded unless I stop development.

Thanks to everyone who helped develop the app with good suggestions.
작성자: oksoft 시간: 오후 10:58 댓글 없음:

You need to grant asked permission in order to use this app with full functionality.

This app uses the Device Administrator permission on some devices to press button.

1. This app uses the Device Administrator permission on some devices to press button.

(For some other devices this app requires Accessibility permission to press button.)

You need to grant asked permission in order to use this app with full functionality.

More than 10 apps are constantly being updated.


You need to grant asked permission in order to use this app with full functionality.